Eric ‘E Rock’ Rockwell started his musical career at the age of 4 when his parents had him tested and enrolled in the Wagner’s School of Music for the Gifted. By the age of 8, Eric was playing Chopin, Bach, Mozart and Beethoven on the concert piano and performing at local school and church events. Eric tried enrolling in the school band in the 6th grade, but they had no spot for a concert pianist, so he picked up the drum sticks and learned how to rock! Eric marched in the high school drumline as the center snare, and also played snare in the San Diego Earthquake and Alliance DCI Drum and Bugle Corps before the age of 18, and was offered a full college scholarship to San Diego State University for concert piano. 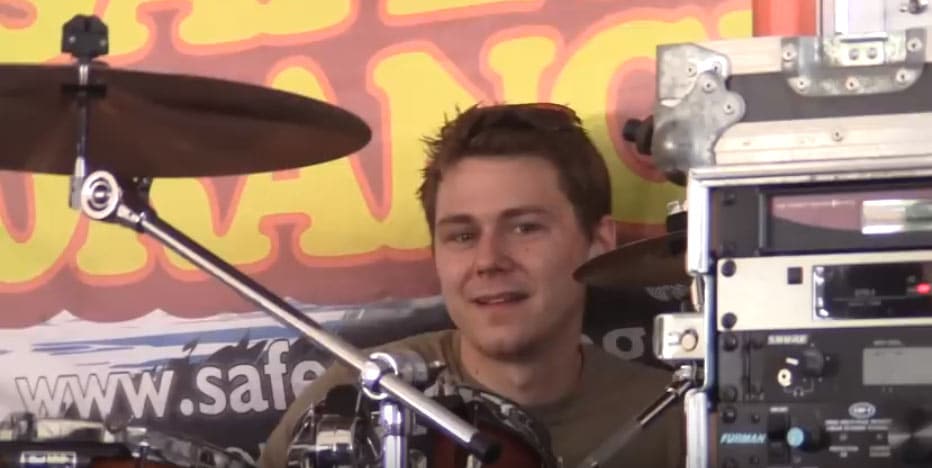 At the age of 16, Eric joined local rock/reggae band Safety Orange and played with them for 13 years all over California, Arizona, Colorado and Nevada doing up to 5 shows per week, and opening for such reggae giants as Slightly Stoopid, The English Beat, Pepper, Iration, Rebelution, Less Than Jake, and even San Diego superstars Blink 182.

Eric’s steady beats are like fine-tuned pistons that never stop the Bus from chugging at the right speed, be it up hill, downhill or sideways!